The main goal of C++ programming is to introduce the concept of Object-Oriented Programming and add some features to C programming.

Many concepts such as inheritance, data binding, polymorphism, and many more are available in Object-Oriented Programming.

An object is a physical entity such as a pen, chair, or table. Object-Oriented Programming (OOP) is a programming methodology or paradigm that creates programs through the usage of classes and objects. It describes a bunch of concepts that make software development and maintenance easier.

An object is any entity that has a state and behaviour. For example, a chair, a pen, a table, a keyboard, a bicycle, and so on. It might be both physical and logical in nature.

The collection of objects is called class. It is a logical entity.

When one object inherits all of the parent object’s properties and behaviours, this is referred to as inheritance. It allows for code reuse. It’s utilised to achieve polymorphism at runtime.

Polymorphism occurs when one task is accomplished in multiple ways. For instance, to convince the buyer in a different way, draw something, such as a form of a rectangle.

Abstraction is the process of hiding internal features while displaying functionality. We don’t know the internal processes of a phone call, for example.

To achieve abstraction in C++, we utilize abstract classes and interfaces.

Encapsulation is the process of combining (or encapsulating) code and data into a single entity. For instance, a capsule is wrapped in many drugs. 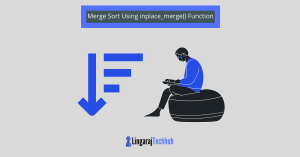 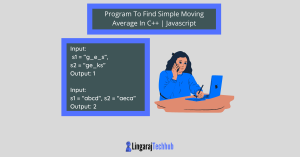 Program To Find Simple Moving Average In C++ And Javascript 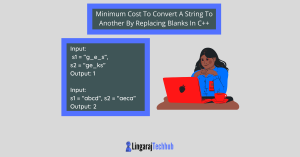 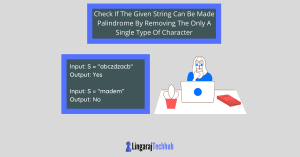