In this article we discuss about top today developer news, knowledge sharing from various websites. So while going these sites you will take knowledge about different programming languages features and behaves in software industry. So let’s begin learning about these articles…

GraphQL community is full of great stories about how GraphQL implementation changed a product, made it better and more powerful. Sometimes GraphQL adoption generates a need for innovation. Just like GraphQL itself, which was created inside Facebook and later publicly released, many companies decide to opensource their GraphQL implementations and make them available to the public, seeing how much it can give to the developer’s community. This is one of those stories. Read More

One of the most common challenges of open leadership is implementing its practices. If you speak to leaders about open behaviors, you will see their eyes glaze over. They know leaders should establish trust and be more transparent and collaborative with their teams. The question is not whether they should do these things, but how? Read More

JavaScript Conditional Statements: if, if else, if else if, switch case

In this latest post, we will discuss what are conditional statements in JavaScript. These statements are a bit confusing when coding, we’ll learn this in a very simple way. Read More

If a person appears suspicious, they detain him and deliberately prolong the interrogation process. He was asked very simple but annoying questions. Here one person asks a question, and another employee stands a short distance away and observes as if he was doing something else. If a person is really carrying a prohibited, harmful, or dangerous item across the border, selling, or importing it, they become overly irritable and overly emotional. Such a person is already considered quite suspicious. Read More

A while ago, we looked at creating our first form in Angular. It already had some basic validators, but sometimes you need to make a field required or not, based on another field. Read More

A DevOps guide to documentation

DevOps is challenging technical documentation norms like at no other time in IT history. From automation to increased delivery velocity to dismantling the waterfall software development lifecycle model, these all spell the need for making dramatic changes to business and the philosophy of technical documentation. Read More

What Is Azure Queue?

In the world of computers and data structures, the queue is a collection of entities. This collection is maintained in a sequence, this sequence can be modified by adding entities on one end and removing them from the other. The sequence where the elements are added is called back, tail, or rear of the queue. Head or front of the queue is called to the point from where elements are removed. Read More

Node.js is a JavaScript runtime environment built on Chrome’s V8 engine. It was originally created by Ryan Dahl, an American Software Engineer, who also recently developed Deno (an alternate to Node.js). Read More

The Diffusion of Responsibility Phenomenon Analyzed: Unravel the Truth

As a project manager for a software development team

Dive Into The World Of Sensors

As of now, I have shared little knowledge about IoT in my articles. Now I will let you know about various types of sensors used in IOT. Read More

I was having a conversation with a CxO level customer as part of an AIOps/Observability workshop, and from what I could tell, most are confused about how to properly operationalize cloud-native production environments – especially the monitoring/observability portion. Here is how the conversation went. Read More

How to document your projects and don’t die trying

Before I started all this journey in learning web development, I was passionate to write and teaching people about the things I’ve learned (and still, this blog is the proof). Read More

What makes a movie review negative or positive? I mean, obviously a real stinker of a movie (“Oh Hi Mark”) is going to produce some clearly critical reviews, but how do we as humans read a review and understand the reviewer’s take in general? This is an important question in machine learning (ML), in part because improving the performance of ML may hinge on better understanding of how we as humans do things like read a review. Read More

cdecl stands for “C declaration”, it is used by most c compiler in the x86 architecture.

Arguments in cdecl calling convention are passed on the stack and the return value is stored in the EAX register. The argument is passed in right-to-left/reverse order,i.e The last argument is pushed first. Read More

SyntaxMeets is a real-time, collaborative coding platform 👬🏼 to group with other members and code. A user can create/join a room 🏠. A Code Editor with 19 language support and 10+ themes, code compiler, Drawing pad 🎨 to design algorithm, Chat Box 💭 to discuss and code. Read More 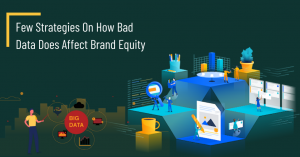 Few Strategies On How Bad Data Does Affect Brand Equity 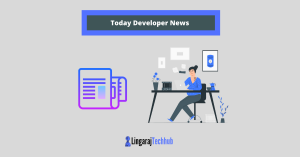 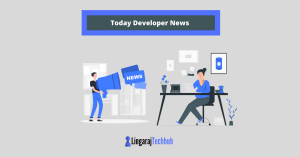 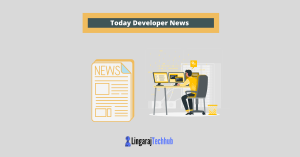