A pointer is a variable that stores the address of another variable, as we already know from “what is a pointer.” The (*) represents the dereference operator, which is also known as an indirection operator.

Dereferencing a pointer occurs when the indirection operator (*) is used with the pointer variable. When a pointer is dereferenced, the value of the variable pointed by the pointer is returned.

What is the purpose of using a dereferencing pointer?

Because of the following reasons, dereference a pointer is used:

Let’s observe the following steps to dereference a pointer:

Let’s combine all the above steps:

We believe that if we alter the value of ‘x,’ we will also change the value of ‘y,’ because the pointer ‘ptr’ carries the location of the ‘x’ variable. However, because ‘y’ is storing a local copy of value ‘5,’ this does not happen.

If you want to improve this post please connect us. 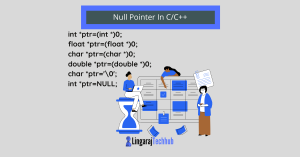 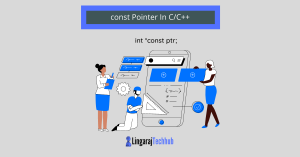