In this post, today I am going to explain another GitHub repository ElegantRL is featured with lightweight, efficient and stable, for researchers and practitioners.

For DRL algorithms, please check out the educational webpage OpenAI Spinning Up.

An agent in agent.py uses networks in net.py and is trained in run.py by interacting with an environment in env.py.

As a high-level overview, the relations among the files are as follows. Initialize an environment in Env.py and an agent in Agent.py. The agent is constructed with Actor and Critic networks in Net.py. In each training step in Run.py, the agent interacts with the environment, generating transitions that are stored into a Replay Buffer. Then, the agent fetches transitions from the Replay Buffer to train its networks. After each update, an evaluator evaluates the agent’s performance and saves the agent if the performance is good.

Then, the training process is controlled by a while-loop:

The while-loop will terminate when the conditions are met, e.g., achieving a target score, maximum steps, or manually breaks. 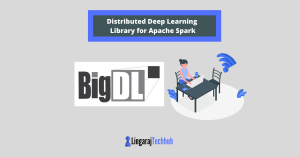